When I was growing up there were times when I would go for Sunday afternoon rides with my paternal grandparents Agnes and Olin Warner.  I remember one time when we wound up at the Baiting Hollow Cemetery.  I walked around with my Grandfather and he pointed out various stones and told me who people were and how we were related.  (Oh, how I wish I’d written things down but I was probably about 10-12 years old.)  I remember him showing me his grandparents graves and saying how Daniel so missed his wife Eleanor when she died that he died about 6 months later.  I remember him telling me that Daniel needed a pulley system at the end to help him get out of his chair.

What do I know about Eleanor:

This is from Eleanor’s Bible.  I wonder if this is her handwriting?

Justine Warner Wells, great grand-daughter of Daniel & Eleanor, reported in her book The Descendants of Daniel Jr. & Eleanor Howell Warner of Baiting Hollow LI, NY and the Warner Ancestors in England and America “The home that the Warners occupied and in which THE 13 may have all been born was situated on the North Road, the main route passing by fertile fields and farmhouses.  Likely built by Daniel himself, with the help of neighbors and relatives; it was a simple three-bay home with a half-house extension to the side.  The central chimney, a handsome doorway and under-eave trim add a touch of beauty to the structure.  It still stands, moved twice, now on Osborn Ave. 1/2 mile from its original site.”

from the Riverhead News dated 7 March 1895
Summary:
This May 15th is the 192nd Anniversary of Eleanor’s birth.  Happy Birthday!! 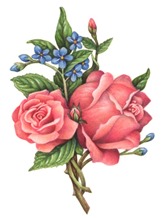