I found this record of their marriage about 8-9 years ago and from this marriage certificate I learned the names of their parents which were previously unknown, their birthplaces and addresses at the time of their marriage.

I learned they were married on 1 August 1869.  Their witnesses were Charles A. Colwell and Ellen Cavanagh.  John lived at 239 10th Avenue, NYC and Sarah lived at 306 10th Avenue, NYC.  Sarah’s parents are Patrick Hughes and Susan McKeena.  John’s parents are Ann Meenan and William Rowan.  John was 23 years old and born in Troy.  Sarah was 18 years old and born in New York City.  John’s occupation was Carman. 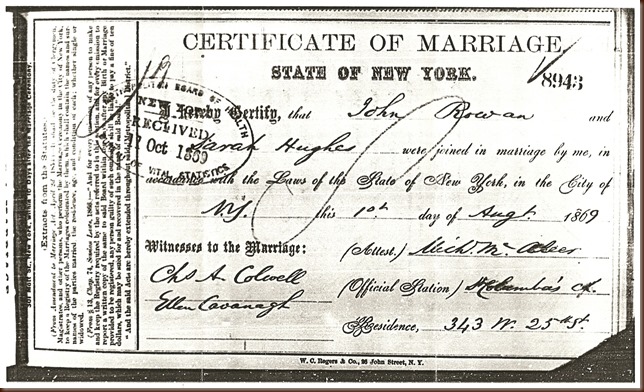 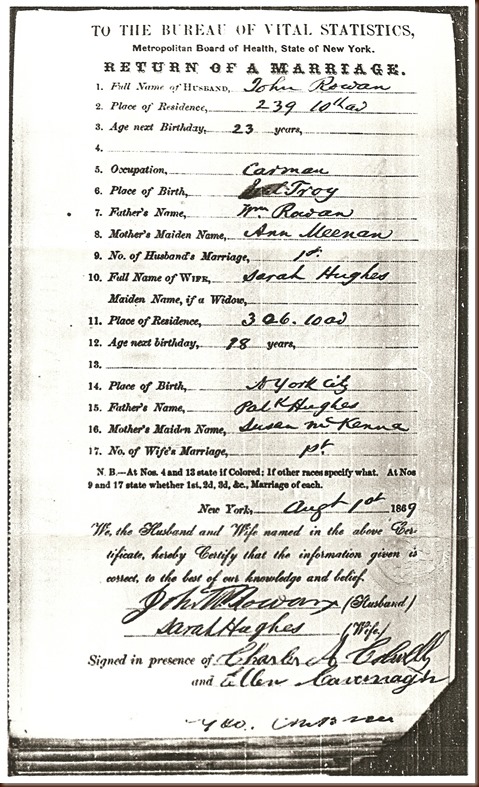 About a year ago when I was reviewing this document I looked again at the church name.  It was difficult to read but it looked like St. Cl...?  I decided to search on-line for churches in New York City in 1869 and found a long list.  Then I looked to see if there was one that was on 25th Street and I found it:  St. Columba’s Roman Catholic Church at 343 West 25th Street in New York City.  When I searched the name of the church on-line I found out the church is still in existence!  A few weeks ago I was actually able to go and see the church for myself.


Here are a few of the photos I took (click on images to enlarge): 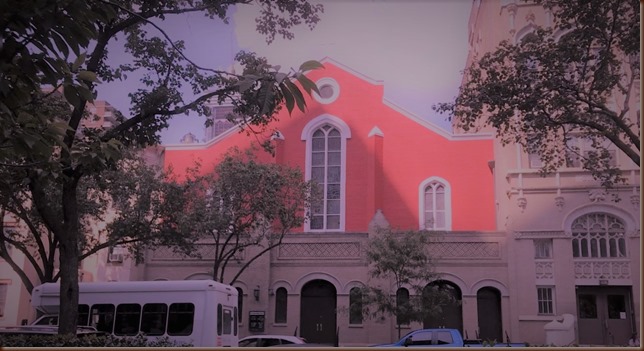 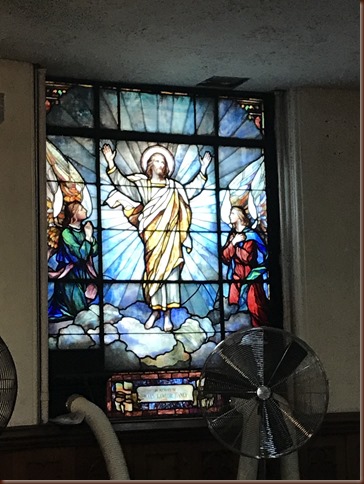 I was told the inside of the church is the same as it would have been 149 years ago when they were married with the exception of a mural above the altar, the finish on the altar and some of the ‘modern’ conveniences like the fans, lights. etc.  The beautiful heavy wood, the intricate carvings and the wooden beams were so interesting to see and really took me back in time.

WOW!! What an amazing experience to actually stand in the church where Sarah and John were married all those many years ago and imagine them standing there in front of the altar.  The church back then had a predominately Irish congregation and I know Sarah and John each lived within a few blocks of the church.

Next, I need to figure out who the witnesses were (friends or family) and where John was born.  Sarah had an Aunt named Ellen McKeena.  Could Ellen Cavanagh be her married aunt?  John’s birthplace is listed as ‘Troy’.  Is that possibly Troy, NY?