Knowing what my ancestors experienced in their daily lives is very important to me in helping understand and tell the story beyond the dates of their life events. I always want to know more about their daily lives.

I recently came across the following article at the Suffolk County Historical Society in a collection entitled ‘The Salmon Record Scrap Book’. This collection was compiled and presented by N. Hubbard Cleveland on 12 September 1921 to the Suffolk County Historical Society. Here is a record of a major event that my ancestors living on Long Island, New Jersey, and New England experienced. I had to stop and wonder what it must have felt like 239 years ago today for my 4x great grandparents James and Anna Edwards Warner as the ‘Dark Day’ happened? Were they afraid? 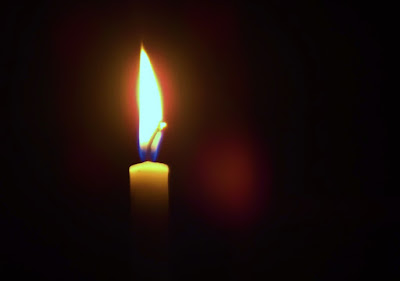 from the N.Y. Herald;

“Anniversary of the “Dark Day.”
One hundred years ago to-day, May 19, 1780, was one of the most famous of dates in the legendary tales of our grandfathers. It was the “Dark Day,” when, according to the chronicles, candles had to be lighted at midday, the birds were silent or disappeared, and the domestic fowls retired to roost. This darkness prevailed over the whole of New England and the Middle States, and its memory is even now preserved by the Indians of the Six Nations, who use it as a time mark for estimating the ages of children born about that period. Many were the bits of doggerel [verse or words that are badly written or expressed] verse which were current a few years ago about this phenomenon, and wonderfully varied were the experiences which the spectators transmitted to their posterity. Barber, Webster, and Mursell have referred to the circumstance in their historical compilations; but the most interesting anecdote is that referring to the attitude of the Connecticut Council, then in session at Hartford, and discussing an interesting bill about the shad fishery. As the darkness became more intense, suggesting to many the arrival of the day of judgment, the legislature on motion adjourned; but Colonel Abraham Davenport of Stamford, opposed a similar motion in the Council, saying, “I am against adjournment. The day of judgment is approaching or it is not. If it is not there is no cause for adjournment ; if it is, I wish to be found doing my duty. I wish therefore that candles may be brought.” The lovers of poetry may find a beautiful version of this incident in Whittier’s “Tent on the beach.” Other dark days cited in more recent annals especially October 21, 1816, but none ever attained such celebrity as that of which the centenary occurs to-day, and of whose cause no satisfactory explanation has ever been offered.”

Immediately, I thought there must have been an eclipse but was that what happened? What was the explanation for this event? What did they believe was happening? Did they believe daylight would return? This seemed to be such a major event in the lives of so many of my ancestors that 100 years later people were still recalling this event in the newspapers. I had to do my own research to see if this could be explained.

Our ancestors, at this time, lived along the coasts of America and there was still a vast unknown world to the west of them. Many had very strong religious beliefs. There was no TV or radio to report the event. No telephones to call and ask about what was happening. How frightening this must have been!

From my research through a variety of sources I learned:

I came across the following personal accounts of this event in my research:

Revolutionary War soldier Joseph Plumb Martin noted:
“We were here [New Jersey] at the time the "dark day" happened, it has been said that the darkness was not so great in New-Jersey as in New-England. How great it was there I do not know, but I know that it was very dark where I then was in New-Jersey; so much so that the fowls went to their roosts, the cocks crew and the whip-poor-wills sung their usual serenade; the people had to light candles in their houses to enable them to see to carry on their usual business; the night was as uncommonly dark as the day was.”

Wikipedia has the following reports:
“The earliest report of the darkness came from Rupert, New York where the sun was already obscured at sunrise. Professor Samuel Williams observed from Cambridge, Massachusetts, "This extraordinary darkness came on between the hours of 10 and 11 a.m. and continued till the middle of the next night.” Reverend Ebenezer Parkham of Westborough, Massachusetts reported peak obscurity to occur "by 12", but did not record the time when it first arrived. At Harvard College, the obscuration was reported to arrive at 10:30 a.m., peaking at 12:45 p.m. and abating by 1:10 p.m., but a heavy overcast remained for the rest of the day. The obscuration was reported to have reached Barnstable, Massachusetts by 2:00 p.m., with peak obscurity reported to have occurred at 5:30 p.m.
Roosters crowed, woodcocks whistled, and frogs peeped as if night had fallen at 2:00 p.m. in Ipswich, Massachusetts. A witness reported that a strong sooty smell prevailed in the atmosphere, and that rain water had a light film over it that was made up of particles of burnt leaves and ash. Contemporaneous reports also indicated that ash and cinders fell on parts of New Hampshire to a depth of six inches.”

What I would give to be able to ask James or Anna for their accounts of what happened. How did this dramatic event shape their lives? I guess I will never know the impact of this event but I now know that this event occurred and they witnessed it.

***Thank-you to Paul Elliott for realizing I incorrectly wrote 1790 instead of 1780 when I posted this and letting me know.