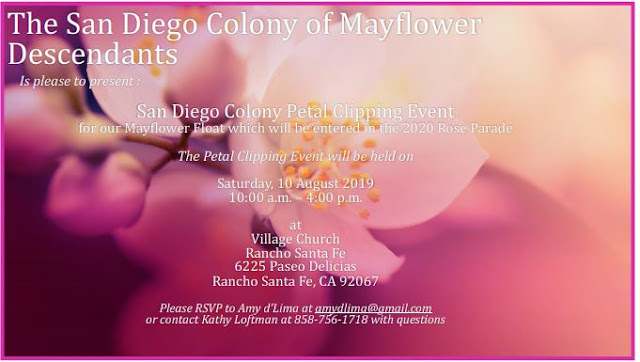 Have you ever wondered what goes in to making a float for the Rose Parade?  This year many of us will be participating in a variety of ways to help get a float ready for the parade and the beginning of a year’s celebration of our ancestors that arrived on the Mayflower in 1620.

The theme of this year’s Rose Parade in Pasadena, California will be ‘The Power of Hope’.  The Rose Parade Committee states “The Power of Hope, celebrates the influence of optimism and hope. The belief that what is wanted can be attained. From the struggles of those who came before us to dreams yet fulfilled, hope is more than simply the possibility of fulfillment.”  2020 will be the 400th Anniversary of the Mayflower Voyage. 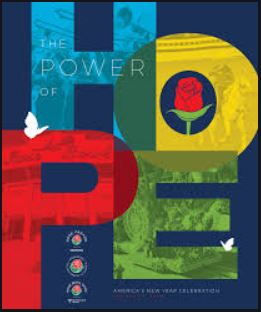 The first step was for the California Society of Mayflower Descendants to submit an application to have a float in the Parade.   The float will be titled “The Voyage of Hope-1620”.   Approval was received to have a Mayflower Float in the 2020 Pasadena Rose Parade on 1 January 2020.  The float was then designed and will be built by Fiesta Parade Floats. 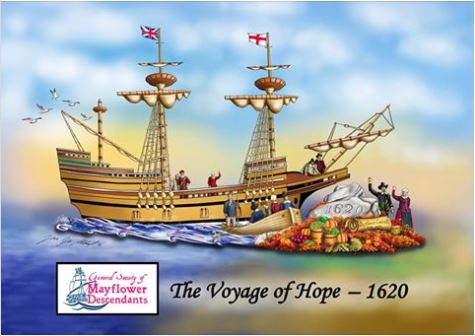 Many of us volunteered to get together with box tops and scissors at the Village Church in Rancho Santa Fe to begin the process of getting flowers ready to be attached to ‘The Voyage of Hope-1620’ float at the end of December.  Yellow/orange straw flowers imported from Holland are the flowers being used. 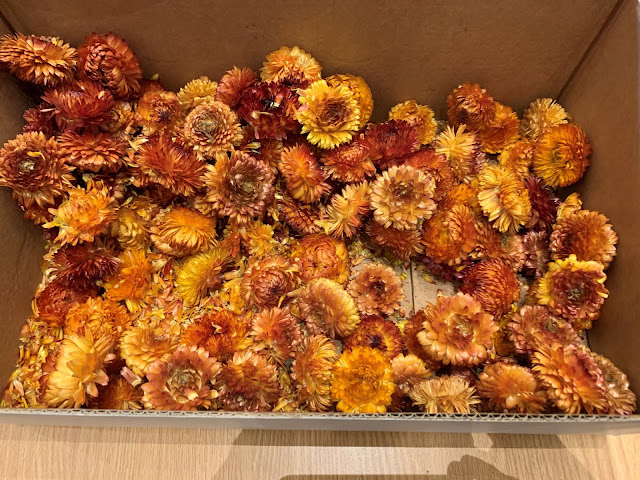 We carefully clipped the petals off the flowers 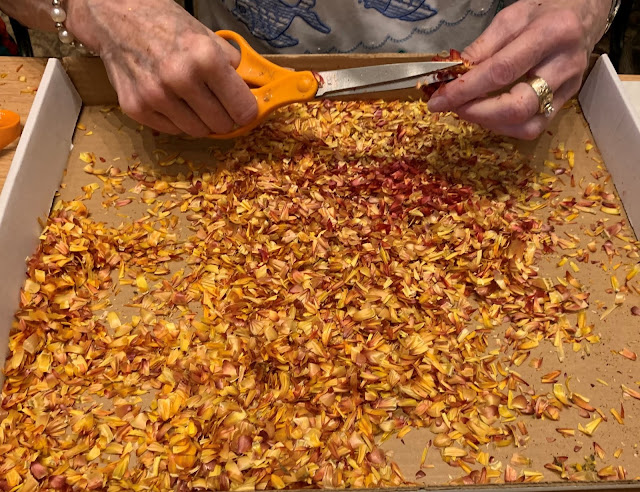 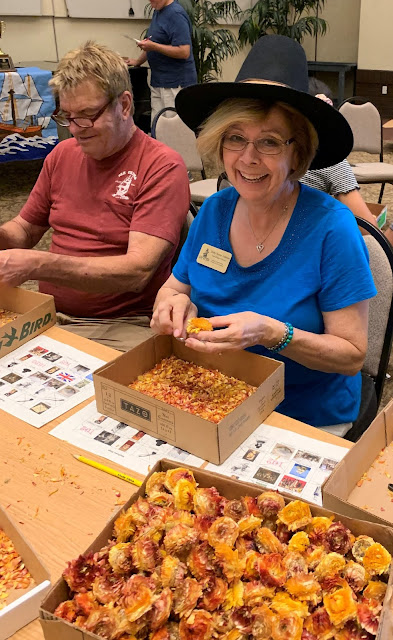 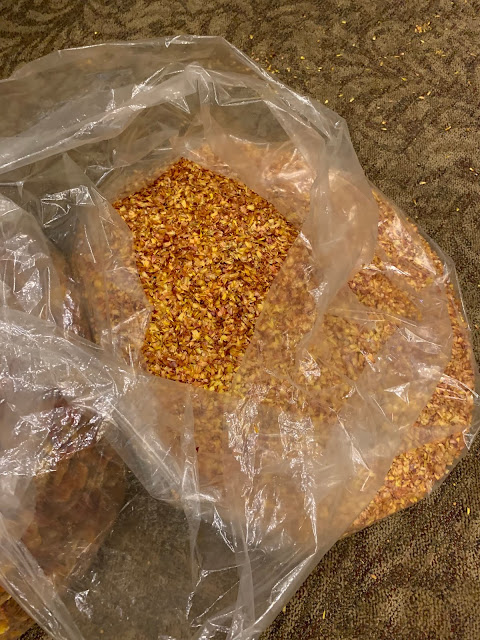 There were about 35-45 people working in the afternoon when I was helping.  Here are the volunteers at the table I was at 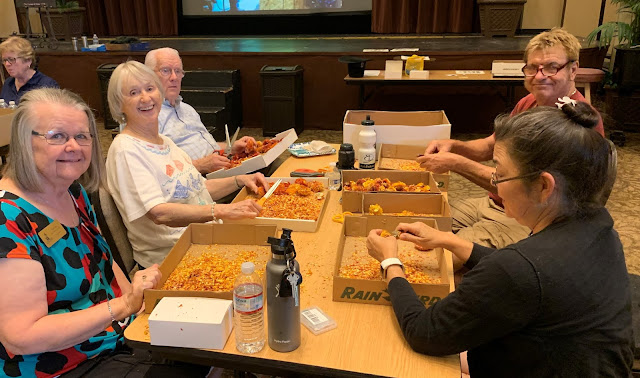 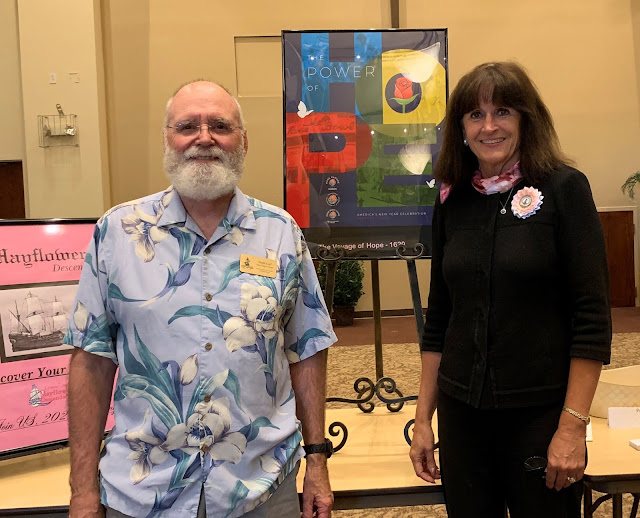 Only 142 days to go before the parade.  A GoFundMe page is available for anyone who would like to contribute to this amazing undertaking.

Posted by Debby's Family Genealogy Blog at 11:24 AM