The Childhood of Gerald Gilbert Warner 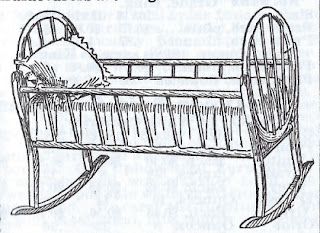 Gerald Gilbert Warner was the third child (and third son) born to Carrie Terry and John Benjamin Warner on the 15th of August 1894 in Baiting Hollow, Suffolk County, New York. Gerald’s maternal grandfather was named Gilbert (Terry), so, I guess that is where his middle name came from.

Thank goodness Carrie wrote all these letters over the span of 32 years to her sister Ella, who saved them, and I have them to refer to. (See post Carrie’s Letters-Bringing Ancestral Letters to Life) These letters give me glimpses into everyday life and tell me the little things that I would never know if the letters didn’t exist.

Luckily, I have scanned and transcribed the letters and indexed all the people mentioned in the letters.  I wondered what I could learn about Gerald as a child from these letters?

From these letters, and only looking for the mentions about Gerald, I can begin to see Gerald, the child. Gerald seems like a very typical child growing up.  In a family of 6 boys I wonder if he maintained the closeness he seemed to have early on with his older brother Terry?

Gerald’s mother would die suddenly and tragically on 2 June 1910, just 2 months before his 16th birthday, and leave her husband and six sons to go on without her.

But what can I now learn about the man Gerald became and of his life in South Dakota?


NOTE: When I am researching my ancestors in a particular time period I enjoy learning about things like the furniture or clothing of the time.  I wondered what a cradle would have looked like about the time Gerald was born.  I found the cradle on the top of the post in the 1897 Sears, Roebuck & Company catalog with the following advertisement:

"A $2.50 Cradle for $1.40
You would not think after seeing this cradle that it was possible to make it for the price, but the manufacturers are long on cradles and short on cash, and we are hence able to name our own figures.  We give our customers the advantage of every squeeze in the market.  We recommend this article as most desirable in every respect and quoted at an unheard of Price.  This cradle is made of the best selected hard wood with bent wood work and finished in antique or dark finish, as desired.  The size is 24 inches by 44 inches, and is shipped knocked down when taken apart, thus saving very largely on freight.  It is very easily set up and put together with screws."