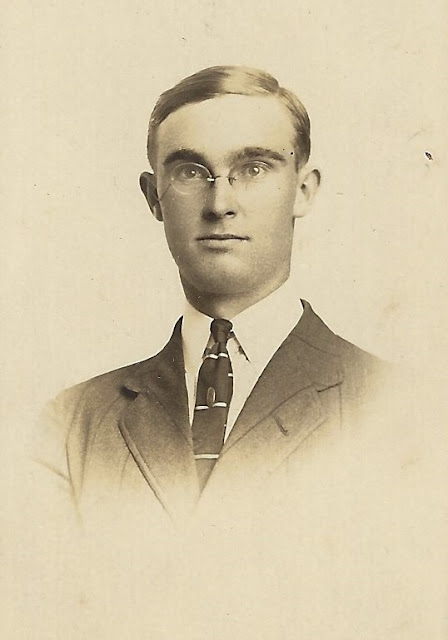 In my previous post (The Childhood of Gerald Gilbert Warner) the letters written by Gerald’s mother played a major role in giving me a glimpse of his childhood. I still had many unanswered questions about my Great Uncle. So, I asked my father and several of my second cousins and I was able to gather some more information. What I learned was Gerald went to college in Ct, met someone from South Dakota and decided to move there. He was a farmer and never married.

I always like to use these family stories as starting points. I thought that must have been very adventurous of him in the early 1900s to just pick up and leave his family and move to South Dakota. I’m guessing he mainly communicated via mail. Then I dove into online data bases and newspapers. Here is what I was able to learn about the man that Gerald became:


Gerald’s father, John B. Warner died on 20 June 1920 in Aquebogue, New York. John was reported ill for about six months before he died.

I have had and known about a picture of all six brothers for as long as I can remember. I never really thought about when the photo was taken until I started working on writing about the life of Gerald. 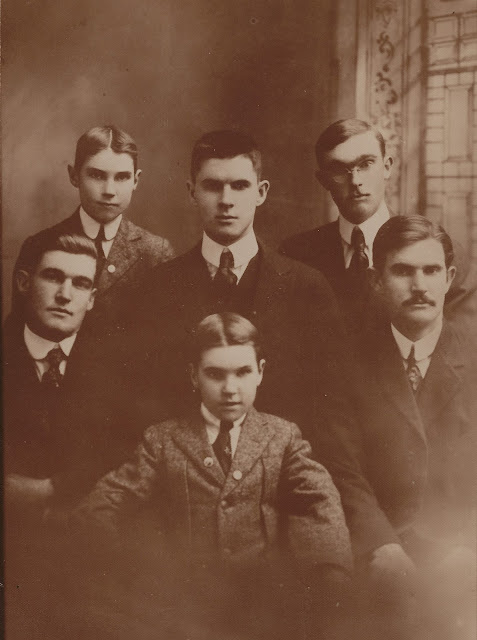 One of my cousins has a copy of the photo with 1920 written on the back. I was able to find no record in the local newspaper of Gilbert visiting the family in 1920 before he came for his father’s funeral in June 1920. Was the picture taken then, after the burial, when all the brothers were together or some years earlier? I cannot find any mention of Gerald visiting his family after he left for South Dakota until he came for the burial. Brother Terry would die tragically in October 1921. It is possible Gerald came and it was not recorded in the newspaper. Are all the issues available online? My grandfather (Olin-back left) was 15 years old when his father died. I think he looks younger than that in the photo? Milton (front middle) would have been not quite 13 years old in 1920.  Or I wonder if it was taken perhaps years earlier when Gilbert left for South Dakota?  I wonder what the lapel pins are that Milton and Olin are wearing? 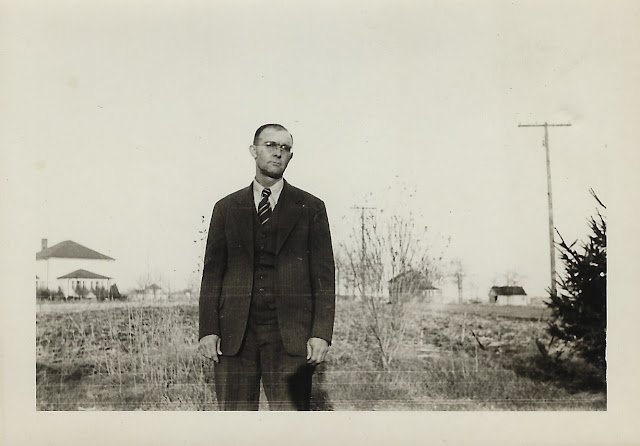 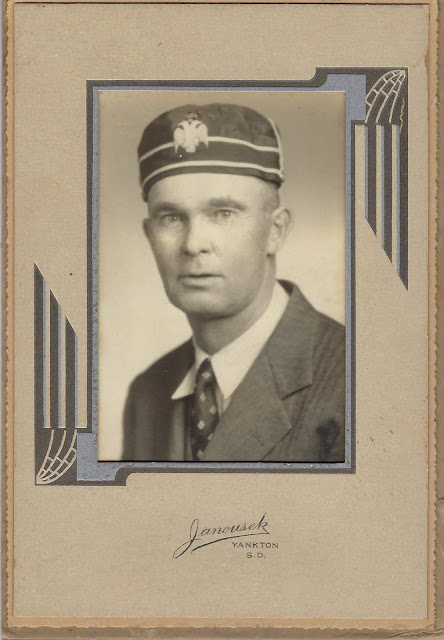 I wonder if El Riad has any information on Gerald?


2 stories I was told Uncle Gerald shared were:


These stories give me a little more of about his daily life in South Dakota.