What Are You Wearing to Your Next Family Reunion? 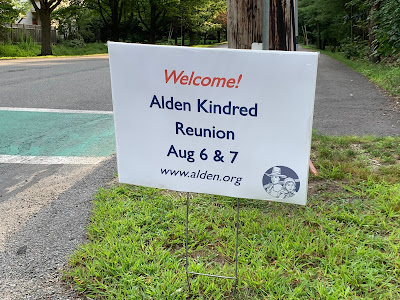 Several years ago I began an interesting journey as a genealogist. I found out that perhaps I was descended from John and Priscilla (Mullins) Alden on my maternal line. First, I successfully proved this theory and became a member of the Alden Kindred of America. (See post It’s Official! I Proved it! ) Later I was able to successfully prove my lineage and join the General Society of Mayflower Descendants. (See post General Society of Mayflower Descendants Success). I also had a period costume made that helped me learn a little more about what life was like for my 9th great-grandmother Priscilla (Mullins) Alden. (See post What Would Priscilla (Mullins) Alden Think ). Last year I had plans made and tickets purchased for events in and around Plymouth, Massachusetts that were meant to celebrate the 400th anniversary of the landing of the Mayflower. Unfortunately, due to Covid, and like many other plans made, these events were cancelled.

After learning of my connection to John & Priscilla, I hoped one day to attend the annual Alden Family Reunion the first weekend in August held on the grounds of the Alden House in Duxbury, Massachusetts. This year that plan finally worked out.

I arrived in Duxbury on Saturday morning eager to take part in 2 days of events at the Alden House. The first presentation was about a new painting of the first Thanksgiving that was commissioned by the National Association of Christian Congregational Churches as “a Gift to the Nation”.

Other events included a Tour of the Alden House, a cemetery tour of the Old Burying Grounds in Duxbury given by the Duxbury Historian, getting souvenirs (of course) in the Gift Shop and a wonderful New England Chowder supper.

I had the amazing privilege of camping in my van conversion camper in the parking lot of the Alden House. When I woke up on Saturday morning I thought about how fortunate I was to be able to sleep on the same land that my ancestors lived on 400 years ago. How many people can say that?

My dog, Harley, and I went for a walk on Sunday morning around the grounds and on the Duxburrow Path and to see the original Alden home site. 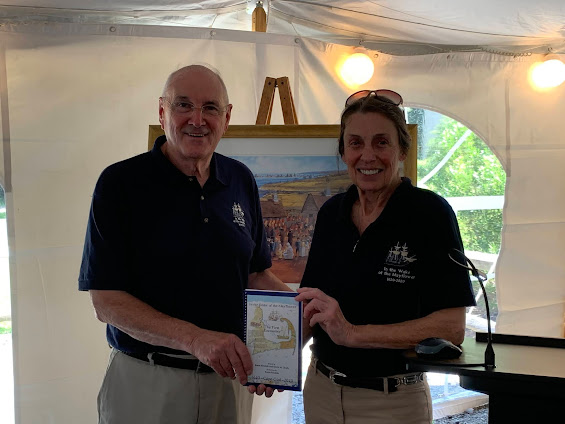 I couldn’t help trying to imagine John & Priscilla and the children playing and working here in the woods and fields on this very ground. What kind of mischief did a young Joseph (my 8th great grandfather) and his siblings get in to? 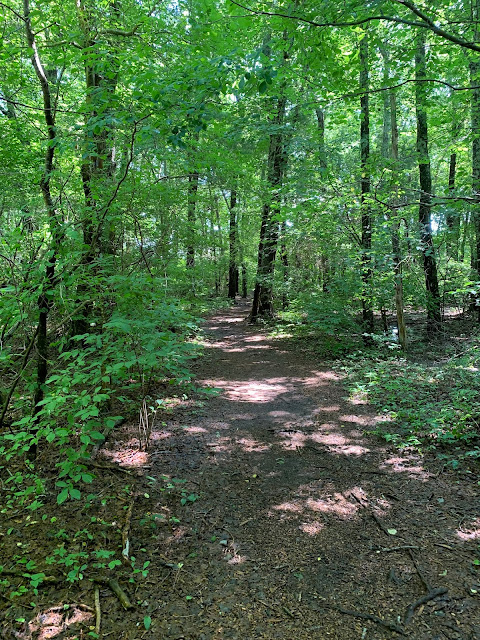 On Sunday I decided to wear my Pilgrim costume, I had brought it all the way from California after all.

Sunday events included an Annual Meeting, a fried chicken luncheon, a reenactment by the New Plimmoth Gard and gathering for the family photo. 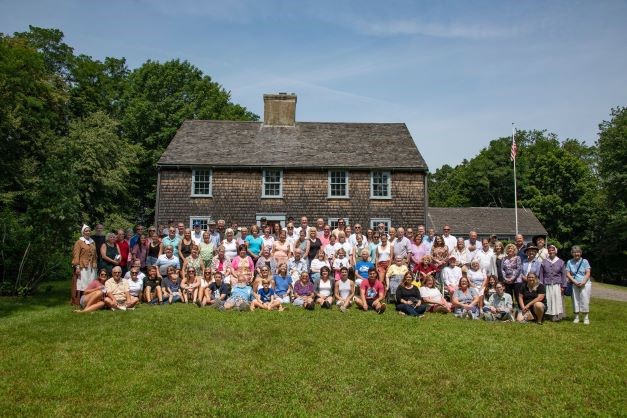 photo compliments of the Alden Kindred Society, Karen Wong Photography
(I count about 100 people in the photo)

Meeting all those cousins of mine was such fun. Wow! Everyone was so welcoming and I learned new things about my ancestors and the times they lived in. The common question was, “Which of the children [of John & Priscilla] are you descended from?” Whenever you have the opportunity to attend a family reunion, I encourage you to do so and see what you can learn.

Harley and I spent another night on the grounds of the Alden House. After the reunion was over and everyone had left, the homestead was quiet and I had time to reflect on my amazing experience there. As night fell this was the view of the Alden House. A fitting tribute to the strength and determination of my ancestors 400 years ago. 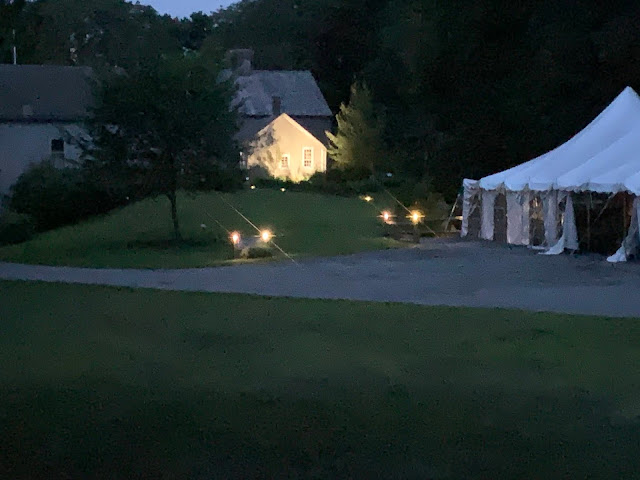