Almost 30 years ago, while trying to trace the immigration path of my maternal ‘Hamman/Hammond' ancestors from Luxembourg to Remsen, Iowa I learned that my maternal great grandfather, Henry Hamman, was probably born in Dyersville, Iowa. A snail mail request was sent to the Roman Catholic Church in the area, St. Francis Xavier, to determine if this was perhaps where Henry was baptized. In 1994 I received the following: 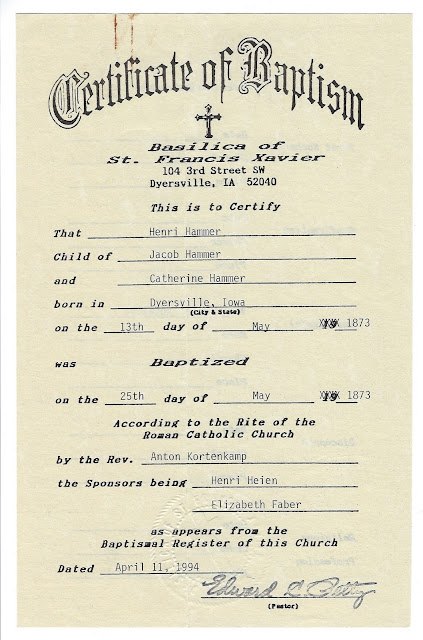 The parents and location were a match. Yes, I can confirm Henri’s date and location of birth and his baptism at St. Francis Xavier. Hmm…who are the sponsors Henri Heien and Elizabeth Faber?

In 2020 when I was taking my Genealogy Road Trip I wanted to stop and see the area where Henry and his parents lived and try to visit the church where he was baptized. So many places were closed to the public due to Covid such as the Dyersville Area Historical Society, I wondered if the church would be open?

Happily, the church was open when I stopped in Dyersville and I had the privilege of walking through this amazing structure with it's beautiful stained glass windows (in German), intricate carvings, and gorgeous murals. 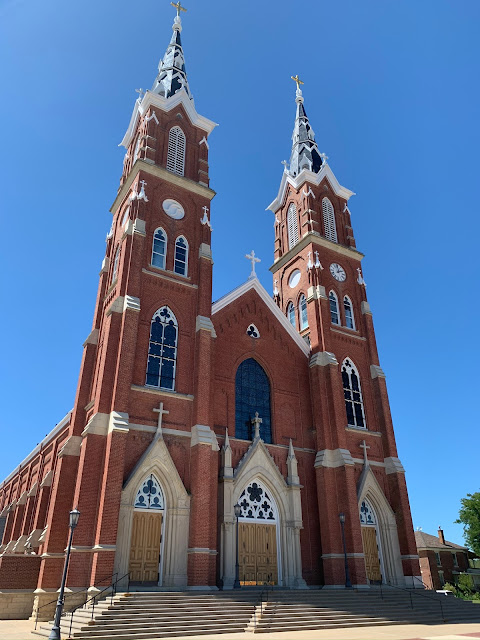 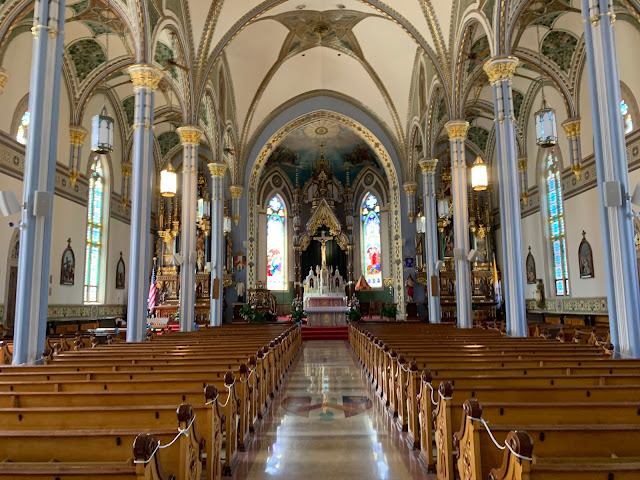 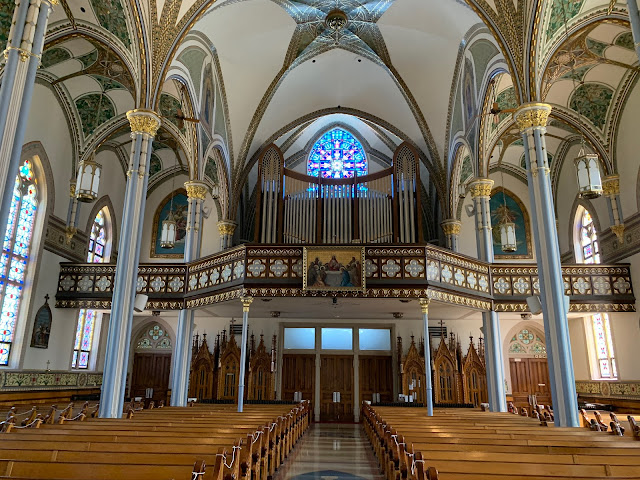 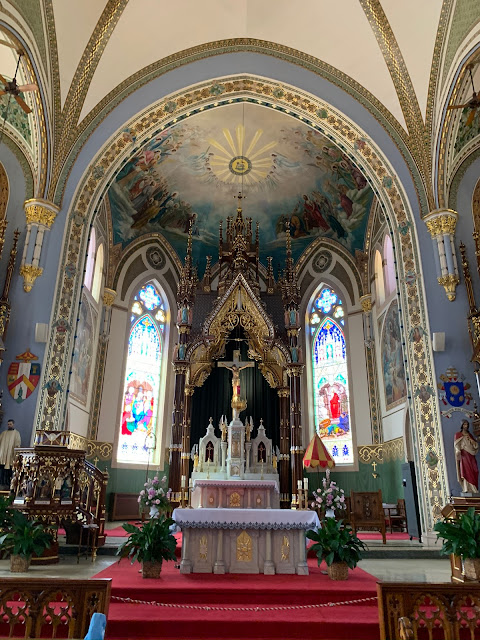 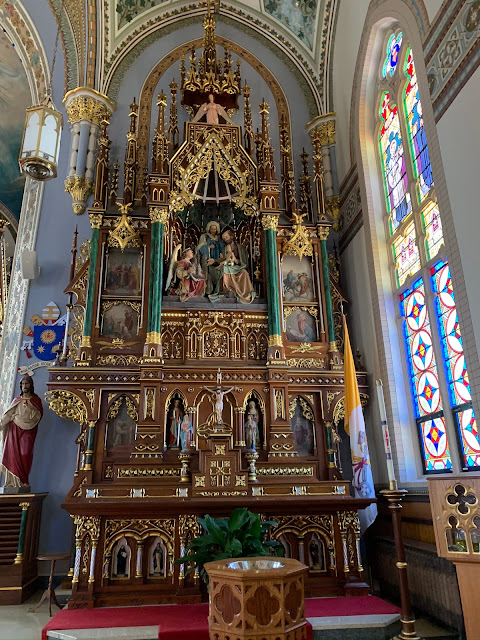 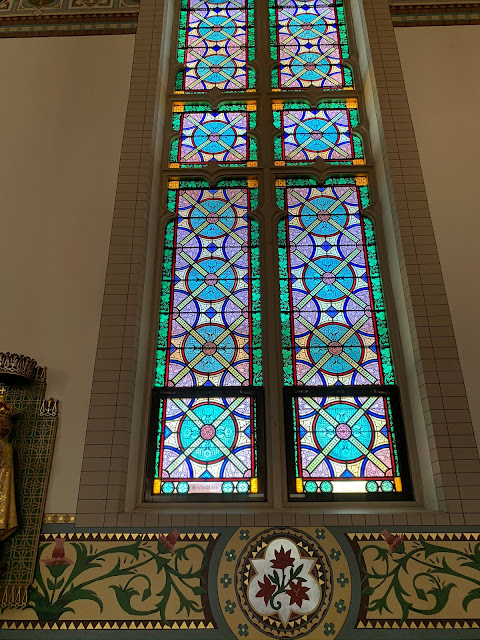 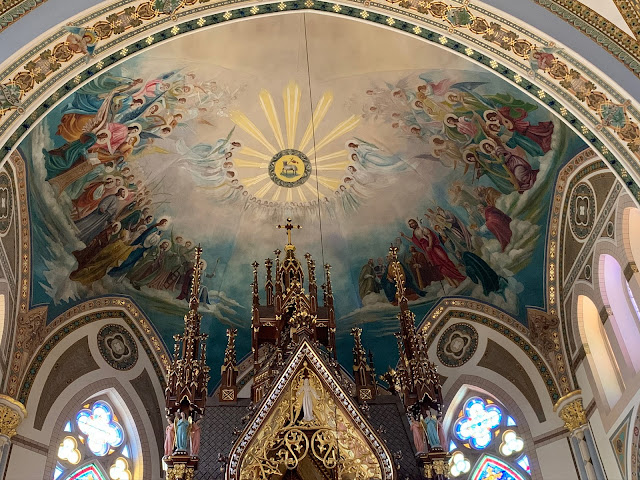 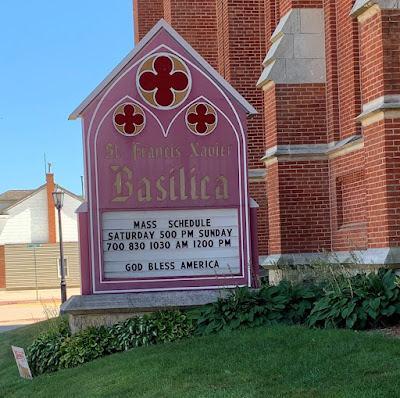 Here is what I learned about St. Francis Xavier:

Side note: Some of you may also recognize the name Dyersville, Iowa as the location where the movie Field of Dreams was filmed. Yes, along with my research I took a little side trip there as well:

While the Basilica is not the building Henri was actually baptized in, I now have a much better feeling for the religious community he and his family were part of. Driving through the town and countryside gave me a sense of the area where Jacob, Catherine and their family lived before moving west to Remsen, Iowa. Now, I understand a little more of the story of their lives.