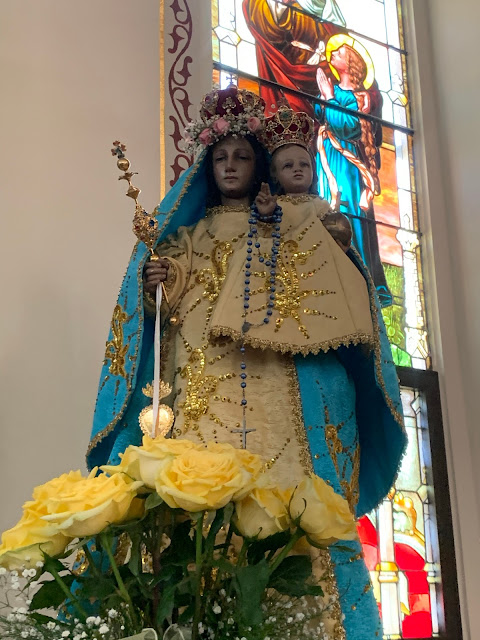 My adventure at St. Mary’s (A Church, Bells, a Statue and an Amazing Adventure)  church was not quite over.  There was definitely more to this adventure and more to learn.

Later, that day I went back and reread Father Petty’s sermon and realized the ‘Luxembourger window’ was in the Basilica St. Francis Xavier, in Dyersville, Iowa (oops) and that the ‘Luxembourger statue’ was what was at St. Mary’s in Remsen, Iowa.  Oh, dear, I should have done a better job preparing for this.

The ‘Luxembourger statue’ is of Our Lady of Consolation, the Patroness of Luxembourg.  From Father Petty’s sermon I learned, “ The original [statue] is a 16th Century dressed statue of Mary and the Child Jesus, kept in the Cathedral of Luxembourg.  There are statues of this Madonna in St. Donatus, Sacred Heart in Dubuque, and at St. Mary’s in Remsen: three Iowa parishes where many Luxembourgers settled.  Here is Dyersville we have a stained glass window of the statue attesting to the presence of a group of Luxembourgers here in the parish when this church was built.  The Latin: Maria Mater Jesu; Consolatrix Afflictorum “Mary Mother of Jesus.  Consoler of the Afflicted.”

The next day I went back to the Basilica of St. Francis Xavier in Dyersville and found the ‘Luxembourger window’ : 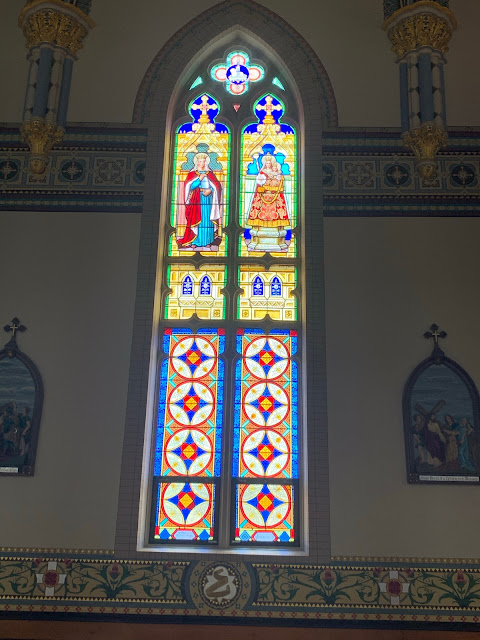 There it was, on the right side of the window..."Mary Mother of Jesus.  Consoler of the Afflicted."

On the left side of the Luxembourger window is the depiction of  the female saint Kunegunda.  On the bottom of the window in German are:

Stating that the window was donated by the Luxembourg members of the parish who had immigrated from the Grand Duchy of Luxembourg.

Later that day after visiting the Dyersville Historical Society I learned that one of the first settlements of Luxembourg immigrants in the area was at a town called St. Donatus and that there’s still an old church there by the same name.  As I headed south to my stop for the night I decided to try and find the church. Luckily, I found St. Donatus and it was open. 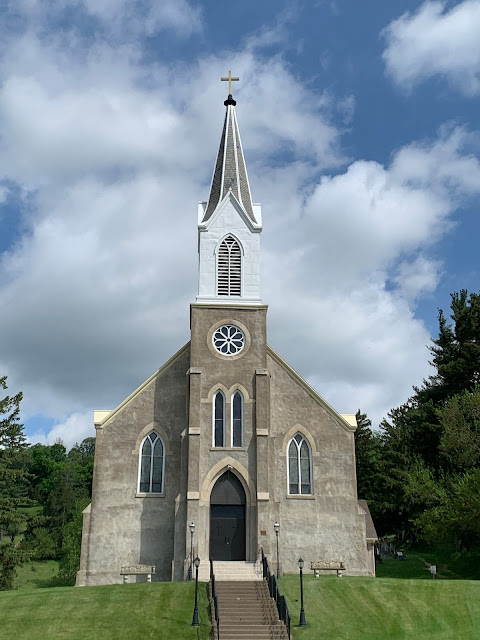 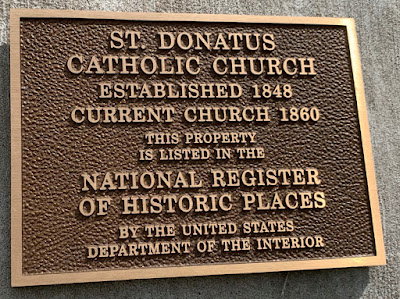 No one was around but this is what I found inside:

Mary, Consoler of the Afflicted

I fully believe it was the ‘Luxembourger statue’ I was meant to find and learn about.  Now I can see the pattern and the importance of the ‘Luxembourger statue’ in the lives of the early settlers and their strong connection to their homeland.  Perhaps, one day, I will make it back to Luxembourg and I can see the statue in the Notre-Dame Cathedral in Luxembourg City.  At the end of the 18th century Lady Comforter of the Afflicted was adopted as the patron saint of Luxembourg City and the country Luxembourg.

What an amazing find in learning more about my ancestors!  Remember, the research is about more than just the vital records.  Always be open to those amazing, spur of the moment, adventures.

Moral of the story-I should do a better job next time of reviewing my information.  Hmm… but would I have had such an amazing adventure in the steeple of St. Mary’s and learning about the ‘Luxembourger statue’ if I’d done that??