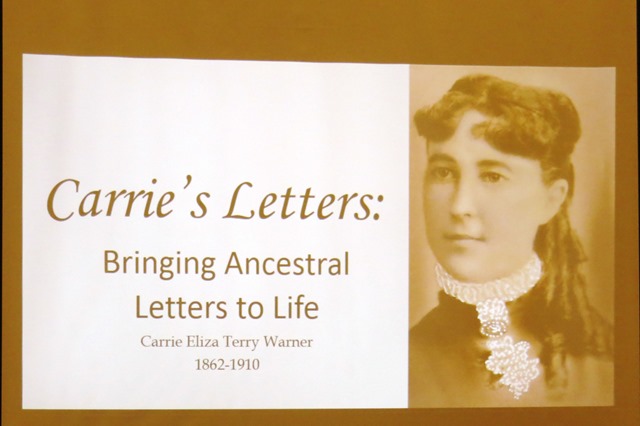 (you can click on an image to enlarge it)

Yesterday, I had the amazing privilege of being the presenter for the San Diego Genealogical Society at their monthly meeting.  It was a great honor to present Carrie’s Letters: Brining Ancestral Letters to Life for the Society I also belong to.

I began with how my father was given a box of letters, which I realized he had about 8 years ago, that were written by my paternal great-grandmother Carrie Terry Warner.  My presentation was about how a box of letters can become so much more interesting when you transcribe them and investigate the events the author of the letters is referring to.

While I worked at transcribing the letters I felt at times like a little girl sitting at Carrie’s feet while she told me ‘stories’ about herself and those around her.  In addition to learning information about Carrie and John and their family I was also able to learn so much about the happenings in Baiting Hollow, N.Y. from 1885-1910.  After I transcribed the letters I set out to find out more about the family members and events mentioned in the letters.  I was frequently able to find newspaper articles about events she told her sister Ella Terry Billard about.  I was surprised to see that without telephones and computers the account Carrie relayed about an event like ‘the train depot robbery’ in nearby Riverhead, N.Y. was so accurate. 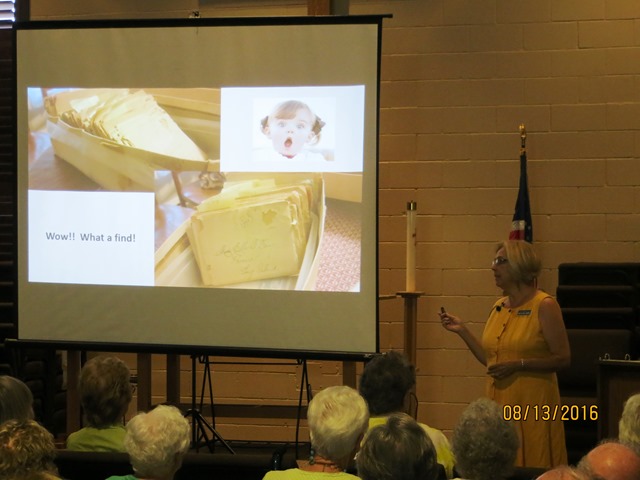 These are some things that were mentioned in the letters that I was able to find: 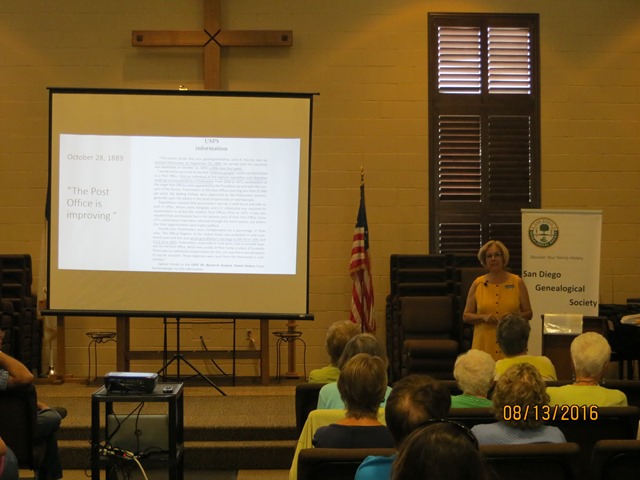 I was able to share about my paternal grandfather’s birth and learned that it was his older brother Terry Warner who was actually the one who named him.

I was pleased with the interaction of members who shared information and or experiences they have had with letters as well.  Some members when I explained a dilemma I’d had in understanding something in the letters like the term ‘fools cap’ knew exactly what is was.  This reinforced what Paula Stuart-Warren discussed in her workshop at Southern California Genealogy Jamboree about researchers working together and not by yourself.

A special THANK-YOU to The San Diego Genealogical Society for the opportunity to be a presenter and share my passion for Carrie’s Letters.  See the following blog posts for additional information on Carrie’s Letters;
I also want to thank fellow blogger, member of SDGS and friend Diane Gould Hall for the photos!