Who Were Biddy, Patrick and Michael Meenan 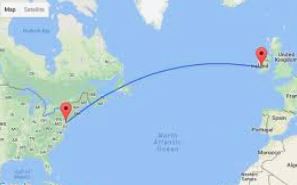 When my paternal 3x great-grandmother Ann Meenan Rowan (see posts A Lot More Questions than Answers-the Life of Ann Rowan and Success!!  Emigrant Savings Bank-Ann Meenan Rowan) immigrated from County Monaghan, Ireland in August 1837 she arrived in Philadelphia, Pennsylvania.  Ann was listed as a Spinster, 25 years of age (1812) but there were 2 children named Meenan that appeared to have been traveling with her.  Biddy Meenan was listed as 2 years old (1835) and Patrick was listed as 4 years old (1833).  Several lines below them I found a Michael Meenan age 20 (1817) who was listed as a Weaver by occupation.

I wondered if perhaps Ann and Michael were siblings?  Were the two small children another brother’s children?
Here’s what I have been able to find:

Biddy
Is this the Bridget I am looking for or did she die shortly after arriving in America?  I am unable to find Biddy and Patrick on a census record together after arriving.  Perhaps they were cousins and not siblings?

Michael
There are many ‘Michael Meenan’ that could possibly be the one who was on the ship manifest with Ann and the children but no definitive connection to Ann, Biddy or Patrick.

Was ‘Meenan’ Ann’s married name?  Was she really a ‘widow’ and came with Biddy and Patrick, her children?  There is no reference to them being with Ann after she married William Rowan in the 1840s.  Were these children even ‘Meenan’ children or someone else’s children that Ann brought to America for them?  I still have no idea if these 4 people are related.  I believe they are but I have been unable to prove it…so far.  I believe the children came over with Ann and she probably delivered them to one of her brothers but who they were and where they were, I don’t know yet.

Sometimes the search just doesn’t resolve anything but leave you with even more questions.  Perhaps one day I will find the answers to my many questions and know who Biddy, Patrick and Michael are.