Mary Jeannette is my maternal Great Aunt.  I decided to see what I could find out about her life for my newly discovered cousin Bridgett.  Bridgett actually found me because of a Blog post I did on our common ancestors Henry and Susan Bentz Hammond.  Bridgett is Mary Jeannette’s  great-great-granddaughter.  Mary Jeannette was my maternal grandfather, James Jacob Hammond’s oldest sister.

Here is what I was able to find out: 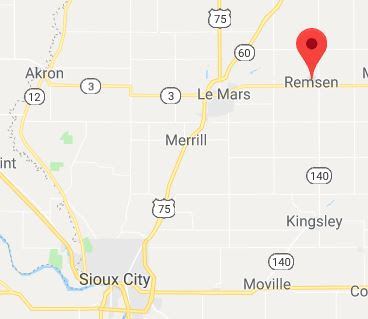 In the 1900 US Federal Census I am unable to locate Henry, Susan and Mary.

In the 1905 Iowa State Census Mary is listed as living in Remsen, Plymouth, Iowa with her parents Susie & Henry Hamman and siblings John, Maggie, Jacob and Michael.

Thursday, March 28th, 1907 in The Remsen News:  “Mrs. Henry Hamman and daughter Mary are visiting with relatives in Alton this week.”

Mary’s mother Susan tragically died of cancer in May 1908 when Mary was a month short of her 10th birthday.  Her father Henry’s mother, Kate Hein Hamman, would die within a month of her mother and 10 days after her own birthday.  What a tough time for a little girl!

3 June 1909 The Remsen News reported : “Henry Hamman took five of his children to Dubuque, Iowa Tuesday, where they will be placed in a home for orphans.  It is earnestly hoped that they will find a good, kind home.”

In the 1910 US Federal Census I find Mary with siblings Jacob, Arthur, Michael, and Joseph on the other side of the state in Dubuque, Iowa in St. Francis RC Orphanage.  I wonder where Maggie was living?  With family, perhaps?  St. Francis is unable to locate any records from this time to say how long the children where there.  I guess their father was unable to care for 6 children under the age of 11 following the death of his wife.  I know the tragedy in this family must have greatly affected the children.

16 May 1912 The Remsen Bell-Enterprise reported: “Henry Hamman and F. Bausch went to Sioux City Friday evening.  Henry went especially to visit his five children at St. Anthony’s Home.  The children have been there for the past year, and are all flourishing splendidly under excellent care.”  I wonder why the children were moved from Dubuque to Sioux City?  Was it so they could be closer to their father?

In the 1915 Iowa State Census Mary is 16 years old and living in Remsen, Plymouth, Iowa.  She is listed as a housekeeper by occupation and has been employed each month in 1914.  She is listed as not attending school and with a church affiliation of Catholic.

In the 1920 US Federal Census enumerated on the 30th of January in Remsen, Iowa Mary is listed as a 21 year old housewife with her husband Ben, age 34, and baby daughter Dorothy who was 18 months old.  The family was living in a separate house.

In the 1925 Iowa State Census Mary, Ben and children Dorothy, Ann, Edward and Marian are listed as living in Remsen, Plymouth, Iowa.  What is interesting is that Mary’s youngest brother Joseph, age 17 and attending school,  is also living with them.

In the 1930 US Federal Census enumerated on 3rd of April, Mary is listed as 29 years old, no occupation, with her husband Ben  (age 44) and children Dorothy, Anna, Edward and Marian living on Jackson Street in Remsen, Iowa.   In this census it states that Mary was 19 when she married and Ben was 33 years old.  They rented a home valued at $25.00.

In the 1940 US Federal Census enumerated on 13th of April, Mary is listed as 39 years old, with her husband Ben (age 54) and children Edward, Marian, Bonnie, Ben Jr, Richard and Larry living on Second St SE in Le Mars, Plymouth, Iowa.  Mary’s highest grade completed is listed as 8th grade. 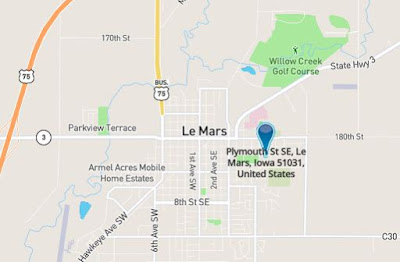 These are the facts of Mary’s life. I have no pictures and wonder what she was like as a woman, a mother, a wife, a daughter, and a friend?  Did she resemble my grandfather?  What stories did she have to tell about her parents Henry and Susan?  I wish I knew so much more…