The Will of Merritt Howell Jr 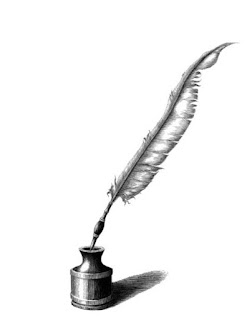 When I gather documents about an ancestor it’s not just about gathering the information but about putting that information in perspective for that ancestor’s life. I can look at the events of their lives to try and understand what might have been important based on those events. I won’t know for sure but I can make assumptions about what they may have been thinking. If all I do is just gather information and not put it in perspective then all I am doing is gathering documents.

The Will for Merritt Howell, Jr. , my 4th great-grandfather, is a long one. (See post The Life of Merritt Howell, Jr. for more information on his life.) For a while now I have struggled to make this as meaningful to his life as I possibly can. I finally decided to break up the Will and Codicils with some comments after each section that help tell the story of what was happening at the time and some questions that arose for me as I was reading it. This helped me put some perspective on the Will and Codicils.

The Will was written 7 February 1853 when Merritt was 70 years old. He and his wife ‘Elenor’ (a different spelling then I previously believed) Howell had been married 50 years. Some of my information on the children is sketchy. At this time, I believe, he had the following children still living, 1 son and 6 daughters: 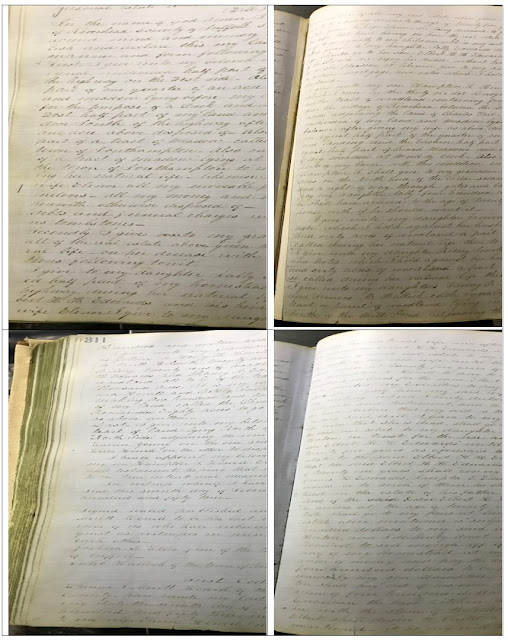 Transcription:
In the name of God Amen, I Merritt Howell of the town of Riverhead, County of Suffolk, State of New York, being of sound mind and memory do make, ordain and publish and declare this my last will and testament in manner and form following that is to say:

Secondly-I give to my grandson Elbert H. H. Edwards all of the real estate above given to my wife during her natural life-on her decease with the condition and restrictions following towit:

I give unto my son Hampton F. Howell the woodland which I own in the thirty six Lot Quogue Purchase_also another tract of woodland containing four or five acres lying near the village of Riverhead between the Quogue and Flander roads adjoining the land of Charles Vail_Also one half part undivided of my land and meadow lying before the door, the balance after giving my wife as above directed_that is to say one equal half part of the quarter of an acre set off for a Dock and Landing and the Eastern half part remaining_Also one equal half part of Broad Meadows and one equal half part of my meadow at Muddy Creek_Also I give him the East part of my barn, with this condition nevertheless that my son Hampton F. shall give to my grandson Elbert H. H. Edwards three acres on the North End of the Cedar Swamp now owned by him and a right of way through gates and bars_likewise he must pay my daughter Sally four hundred dollars for Elbert when he shall have arrived to the age of twenty one years to build a house with if should want it_

I give unto my daughter Betsey Smith a certain mortgage and Notes which I hold against her husband John R. Smith and sixty acres of woodland a part of the Thousand acres so called during her natural life then to her children_

I give unto my daughters Fanny B. Terry, Harriet N. Hallock and Frances N. Hallock each equally undivided all that tract or parcel of woodland lying near the village of Riverhead South of the Mill Pond adjoining the same containing one hundred and sixteen and a half acres_

I hereby appoint my beloved wife Elenor Executrix and my son Hampton F. Howell Executor of this my last will and testament, hoping that it may be executed according to the true intent and meaning thereof_

In witness whereof I have set hereunto my hand and seal this seventh day of February one thousand eight hundred and fifty three_
Meritt Howell L. S.

From the Will I know which children are living in 1853 at the writing of the will, what the married names of the daughters are and what grandsons there are:

I find it interesting that Merritt did leave 'mortgages' and 'Notes' he must have held connected with his daughters individually to them. Did several of his son-in-laws borrow money from him to buy property for their families? Was the land part of Merritt’s property that he sold to them? Interesting question for later research.

Were Joshua Wells and Caleb Hallock friends of Merritt and/or possibly related?


Stopping here to digest the information learned seems like a good thing to do.  I learned a great deal about Merrritt and his family from this will.  There are an additional 3 Codicils for the next post. What else will I be able to learn about Merritt from those?