Wedding and Anniversary of MM and Betsey Granteer Coolbaugh 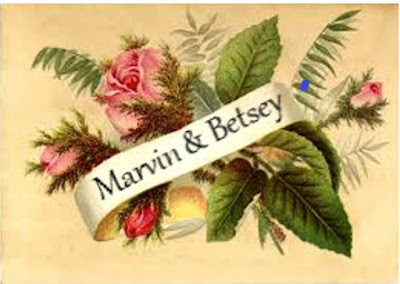 Betsey was born and raised in Canton.  She was the oldest of 4 daughters born to David and Rhonda Kilborn Granteer.  Marvin was born and raised about 20 miles away in Monroeton, Pennsylvania.  I wonder how the couple met?  What were the hopes and dreams in 1841 for a young couple as they were starting a new life together?

Their wedding announcement was listed in the Bradford Porter newspaper on Wednesday, November 3, 1841:

Also published in a column entitled ‘They Were Sweethearts Long Ago’ in The Bradford Star newspaper on Thursday, May 31, 1900:

Thirty-Five years later the couple celebrated their Anniversary with the following account recorded in The Canton Independent-Sentinel on 12 October 1876, page 3:

A Fine Time of a ‘Lunch.”
The Thirty-Fifth Anniversary of the Connubial Pilgrimage of Mr. & Mrs. Marvin Coolbaugh of Monreoton.
Several Cantonians Present At The Feast.
A Fine Time Well Enjoyed.

Editor Sentinel:  Marvin Coolbaugh and wife, having enjoyed matrimonial felicity for just thirty-five years, on the 27th ult, concluded to make a mark by a good, strong tally, at the Thirty-fifth Anniversary of their connubial pilgrimage, by enjoying what “Marv” was pleased to call a “lunch.”  Consequently a few of heir friends had due notice served upon them, “To lay aside all excuses whatsoever, and to be, and appear, at Mr. & Mrs. Coolbaugh’s, on the said 27th day of October, in their proper sersons, under a penalty better imagined then defined; and to govern themselves accordingly.”  As there are few persons who can well afford to disregard “Marv’s” constabulary authority, so prodigious in its momentum, and for various other reasons needless to mention, most of those summonded entered an appearance promptly at the time.
Your correspondent, of course, was there, and concluded to make a note of all that was passing.  Among the parties present from Canton, (Mrs. Coolbaugh’s native city,) we noticed Mr. Jay Whitehead, Mr. Ezekiel Newman, and Mr. E. L. Manley; each bringing his wife, and each having married a sister of Mrs. Coolbaugh.  Last but not least, from Canton, was their daughter, Bertha Cranmer, at home to see “Ma” and enjoy the festivities of the occasion.  Her eyes as dark and as sharp as ever; healthful and blooming countenance, all sprightliness and vivacity, she appeared to be regarded by her aunts and all as the life and animus of the party.
Their sons were at home with their wives, for a flying call, making of the family record B.F. Coolbaugh and wife from Sayre, and P. M. Coolbaugh and lady (my 2x great grandparents), from Towanda.  I noticed, also, Mrs. E.B. Coolbaugh, of Towanda.  Then turning to the representatives from Monroe, I found Mrs. Judge Tracy, Mrs. L. G. Hollon, Miss Mary Arnot, Mr. and Mrs. Jared F. Woodruff, and Rev. S. W. Alden, who officiated at the interesting occasion thirty-five years ago, and now, accompanied by his lady, the old “Elder,” by mistake, left his aches and pains at home, and really appeared rejuvinated again.
In the midst of the finest flow of convivial chat, Marvin appeared, and called their attention to that part of the bill of fare which he had denominated as a “lunch.”  Well, if that was a lunch, I wonder how and where even Solomon found room for dinner.  We all enjoyed it in the largest style possible, and in fact, devoured it until I was ashamed to look a live turkey in the face.  You may thus form an estimate of how it was gotten up.
Marvin Strictly objected to any presents for the occasion, but childish dodges finely evaded his serious mandate.  Four of their children were present, and five grandchildren.
Among other presents and valuable keepsakes, I noticed a paper of pins to Grandma, that she might “keep her ears pinned on.”  Looking further, a comb was inscribed to Grandpa, that “the animals might not get the mastery over him.”  O, these mischievous little grandbabies, they annoy as well as please.  “Marv.” laughed at their jokes in spite of his natural seriousness.
All wiped their mouths and went away “Resolved to meet some other day.”
L.C.

What a joyous occasion that Anniversary celebration sounds like it must have been!  I so appreciate all the detail LC added to my family story.  What insight into the personalities of Marv and Betsey.