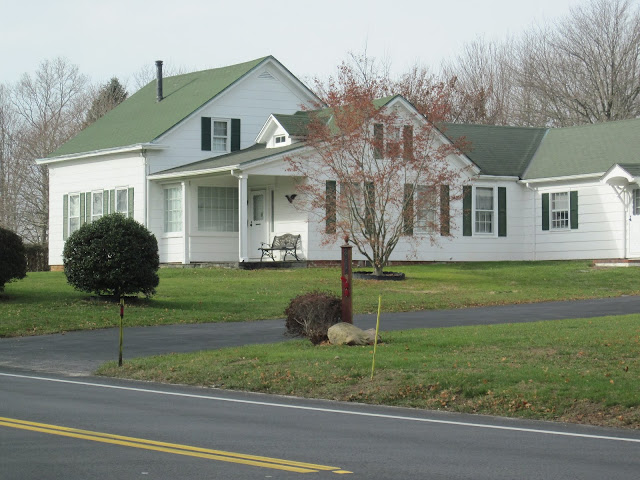 (picture of the house today) 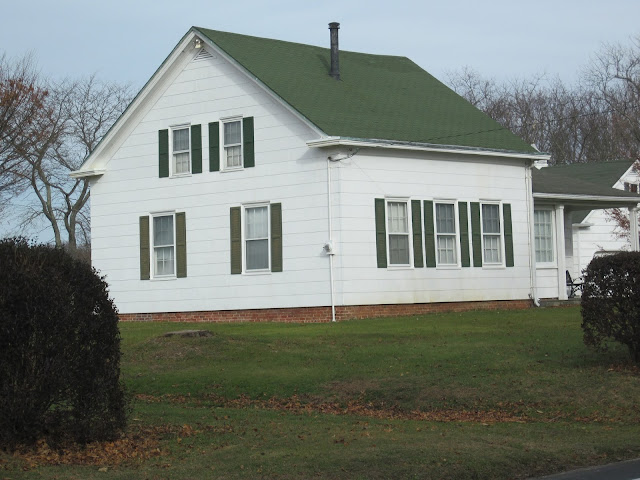 west side of house

In my previous post entitled The History of the Warner Homestead I researched the history of the land and possibly the house that stands on Sound Avenue in Baiting Hollow, New York.  Now that we have the history, it's time to go inside the house where my grandfather was born.

In going back and rereading Carrie’s Letters (written by my paternal great grandmother) I know that after Carrie and John married on 2 October 1885 she is telling her father on 14 October 1885 “Got the mattress. Was at Riverhead today and got the stove. Shall go to house keeping first of the week if possible.” They seemed to have not moved in to the house until somewhere after the end of October. There was no talk of building a house prior to this, so, I am guessing the house was one that was built before that. 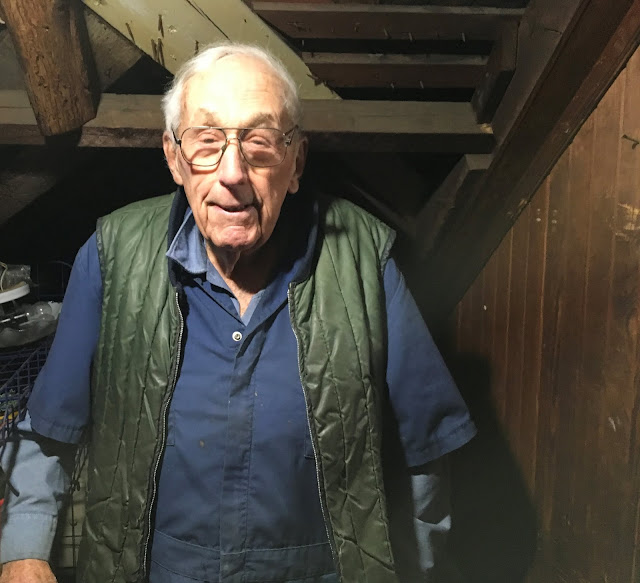 
As I look at the first photo above of the house today, I wonder if I can see where there were two buildings that were connected to become a bigger house? I also tried to imagine my grandfather and his brothers in the house running, playing, eating and sleeping. In the unfinished attic I felt closest to them since this area may not have been changed much since they lived there. It was December and it was cold and back then with only a stove to heat the house I wonder how cold it got upstairs in the Winter? 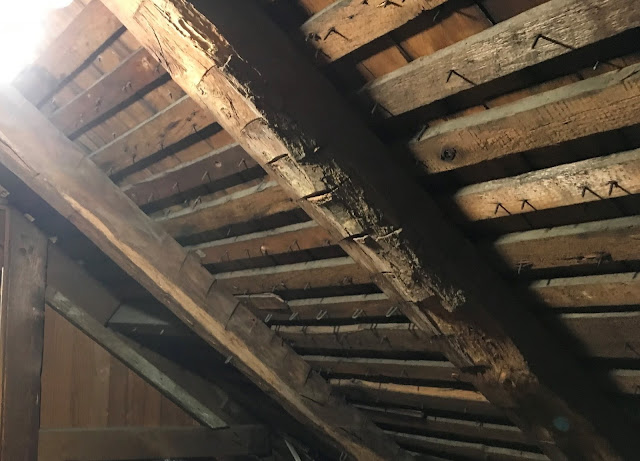 Rafters-are those cuts by an axe on some of the beams?
(click on images to enlarge) 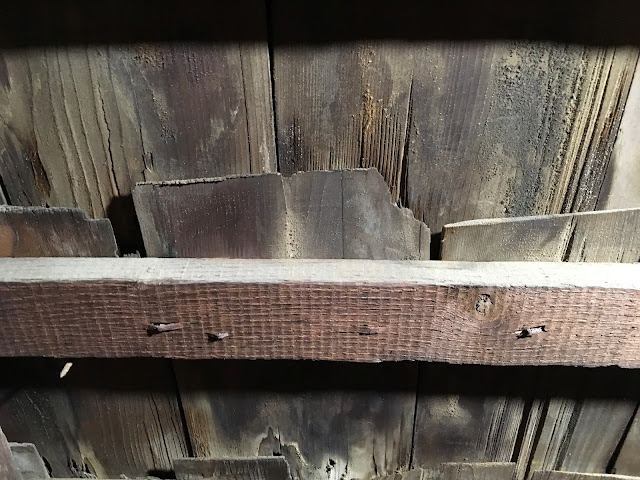 In one of Carrie’s letters dated 2 May 1897 she tells her sister Ella, “We have had a painter here since last Tuesday morning.” “He is painting and trimming the house and out buildings, milk house, closet, and smoke house. John is talking of having him trim the barn, etc.”

While I have transcribed all of about 150 of Carrie’s letters. It was interesting to just go back and pull out information about the house. Focusing just on the house and surroundings over time I found to be very interesting. From the letters I know more about the types of rooms in their house, how the rooms were painted or papered and how my Great-Grandfather John used a windmill to get water from the ground to get it to the house.

I owe so much to Dewitt for opening up his home to show us through it and see where our grandfathers had been born and lived. He was so generous about sharing what he knew about the house. Dewitt, unfortunately, passed away several weeks ago at the age of 96. So many more stories will now be lost. I am so grateful to have been in the house. I have connected with one of his three daughters and hope she will share her experiences and stories about growing up in the Warner Homestead. Special thanks to cousin Kallie for making this visit possible. 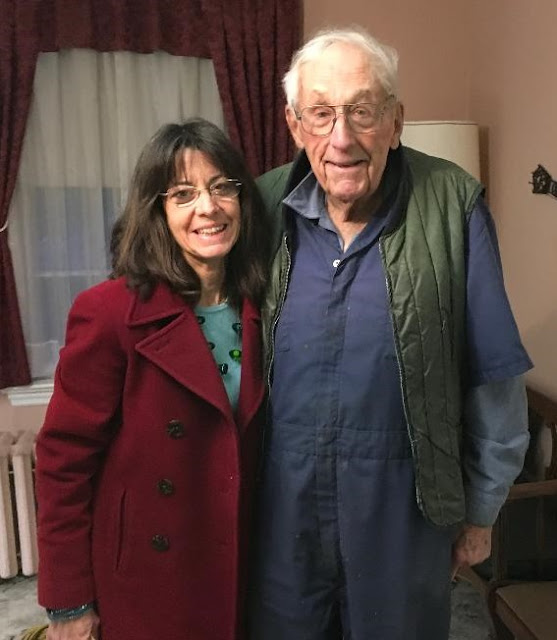 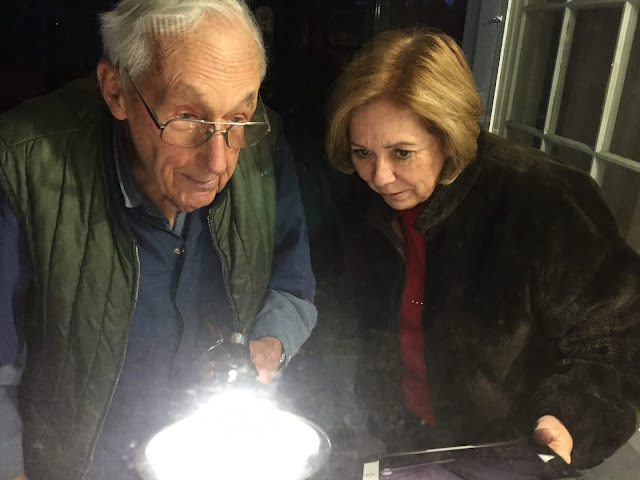 Dewitt took great pride in showing me the sign he had placed on the door to recognize the lengthy history of this house in the Warner family. 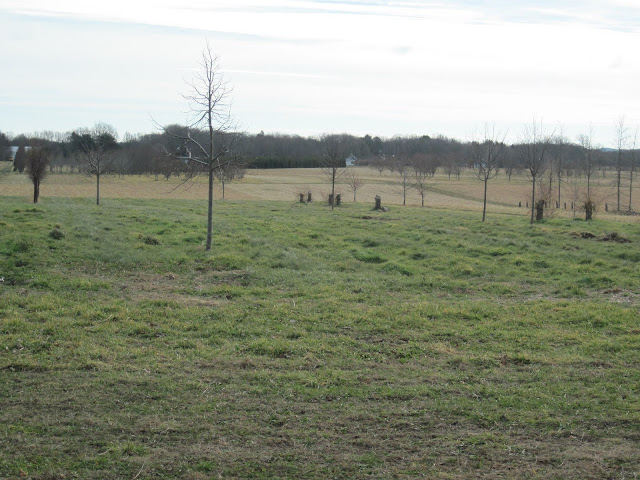 I had the amazing opportunity when I was about 12 to ride a horse in the fields behind the house on several occasions. I knew the farm had been in the family and it felt amazing to be riding where my grandfather would have once been. Today that time roaming the fields on horseback seems an even more significant experience. Now I know that generations, back to the late 1700s, were living and farming in that area.

What an incredible experience this was to walk in my ancestors steps!