This summer when I was traveling I was determined to find the graves of several of my ancestors.  Finding Joel and Sophronia's was interesting.  From my research I knew they were buried in Orwell, Bradford County, PA.  I found their tombstone listed on FindAGrave but I was determined to see it myself and take my own picture.  I wanted to get a feel for the area where my maternal 4th great grandparents are buried.  The cemetery is in north eastern Pennsylvania in a beautiful area called Endless Mountains. I was able to get directions to the Darling Cemetery in Orwell at the Bradford County Historical Society.  I wasn't sure my GPS would get me to this cemetery in the middle of the country so I wanted a back up.  I was told to head on Orwell Hill Road until I got to the corner of Kadar and Orwell Hill Road.  I drove for what seemed miles and was sure I had missed a turn when I finally found the cross streets of Kadar and Orwell Hill Road. 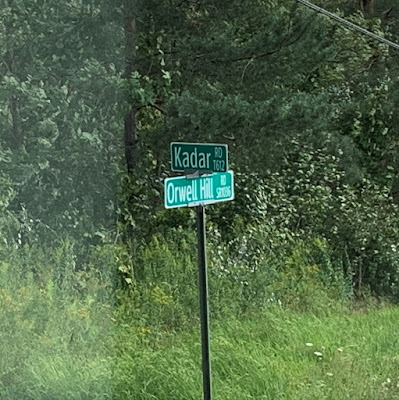 Off to the left I saw the sign for the cemetery: 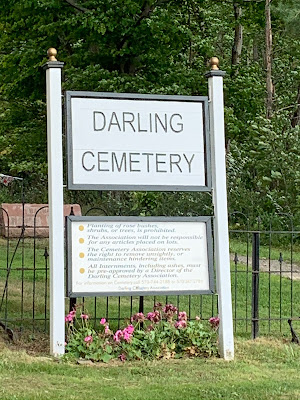 Now finding their tombstones would be easy because somewhere in my research the headstone was listed as being in Tier 11.  This was a beautiful, peaceful area and the Tiers were marked.  A storm was approaching the area so I knew I needed to find the grave, take my pictures and be on my way.  Well, the stone was not on Tier 11.

I searched and searched as the storm approached and finally found the headstone at about Tier 19 or 20.  Thankfully, the storm held off and I was able get my pictures and let my ancestors know that I had found them, finally! 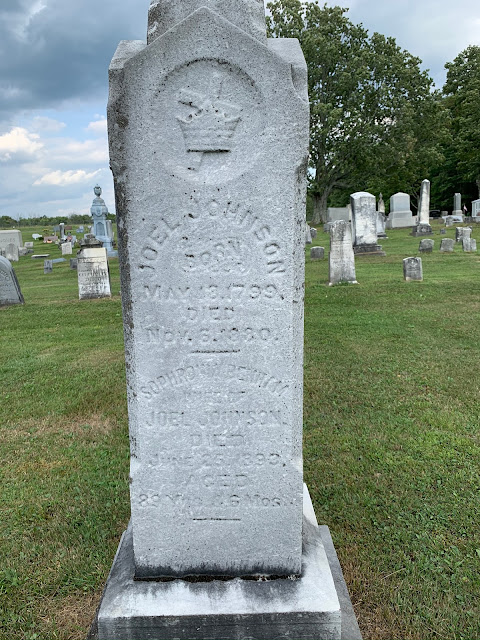 Getting a feel for the area is important to me even though it is now about 130+ years after their deaths.  The hills, mountains, farmland and rivers are still here.