John Rowan and the Battle of Gettysburg 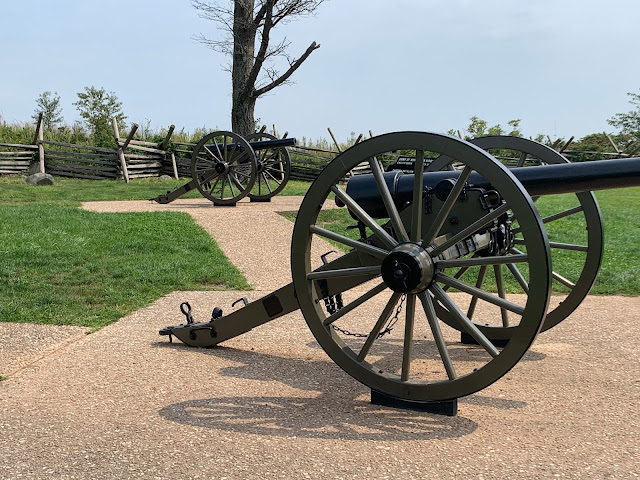 Knowing so little about my Ancestors’ lives can be frustrating.  I am always looking to learn more, so, when small bits of information become available, I am very excited.
My paternal great great grandfather, John Rowan, fought in the Civil War. (see blog post The Civil War Record of John W. Rowan) After learning John was in the Civil War I wanted to learn more about his military service.  I learned John was a member of the 145th NY Infantry and fought at the Battle of Gettysburg from July 1st-3rd in 1863.  John survived this horrific battle and was not reported injured during the battle.  How amazing!
While I have been to Gettysburg several times in the past, I wondered how the experience would change for me knowing that my Ancestor was there and part of the action?  This Summer, as part of a cross country road trip, I decided it was time to go back and see what else I could learn while there. 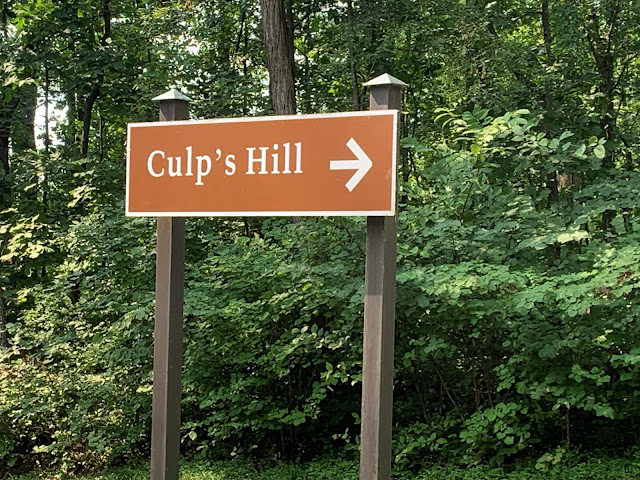 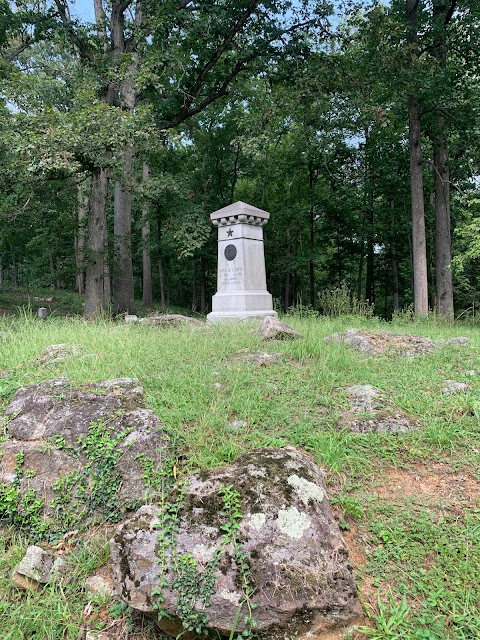 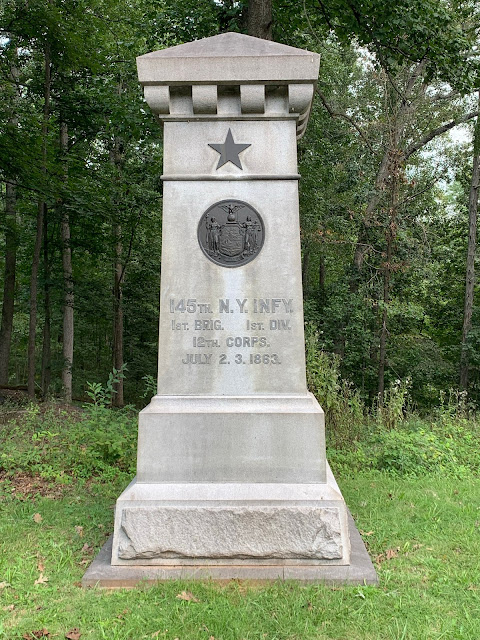 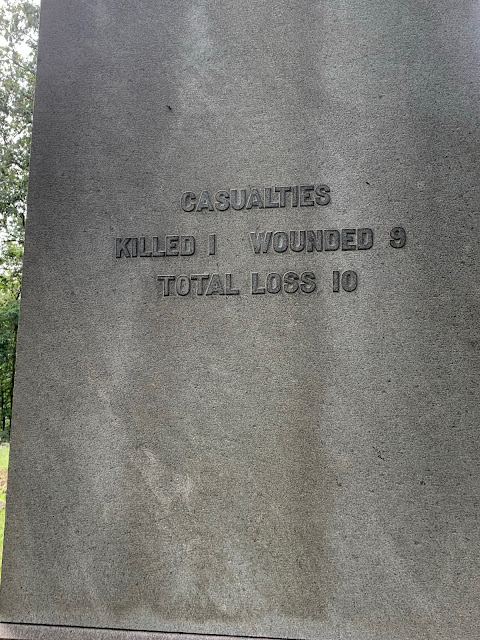 Looking from several directions I can now see what the terrain was like: 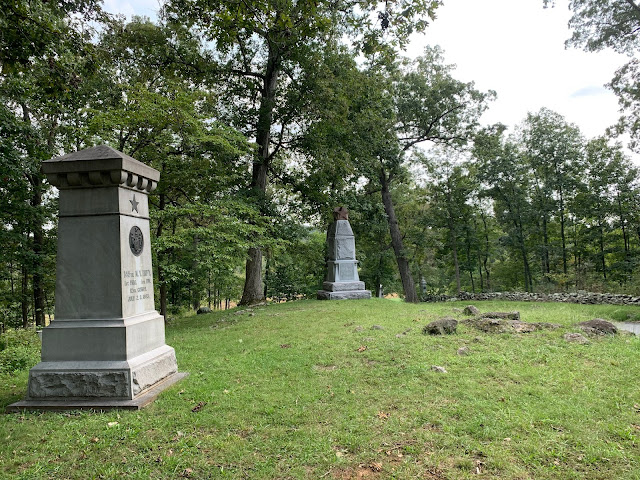 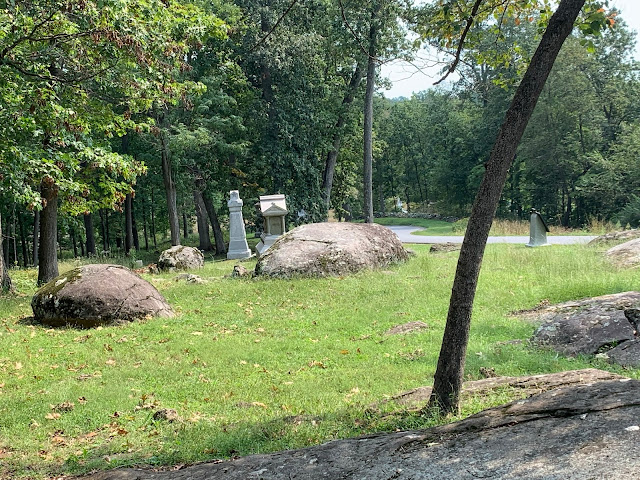 From the account given by Col. E. Livingston Price, 14th New York Infantry, I have excerpted these pieces of his report to better understand how the battle progressed:

(Price's entire report can be found at The Battle of Gettysburg Official Report.)

John had already served for 11 months prior to this and fought in battles at Charlestown, Berryville and Chancellorsville.  John would go on to fight in additional battles before being wounded a little over a year later in Georgia.

Now I feel like by having walked in the area and read this document I have a much better idea of what these few days of battle were like for John.  At the time I also remembered that John was a young, unmarried man of merely 17 years.  I can only imagine the horror he felt.  I wonder if he questioned his decision to lie about his age and enlist so young?

While staying in Gettysburg I was able to take about a two hour horseback trail ride given by a park historian of some of the battlefields.  This was not the battlefield where John fought but somehow being on horseback and being on the grounds where men had fought and died also helped add to my understanding of what the experience must have been like for John. 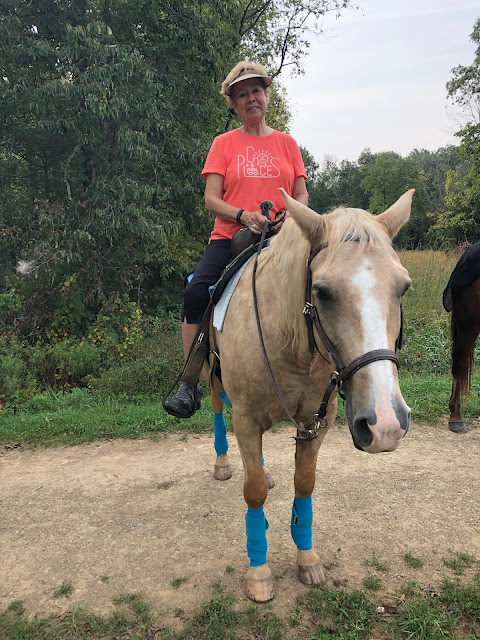 There is so much to be gained by walking in my ancestors’ steps!  Whenever you can experience the areas where your ancestors lived and worked please do it.  Yes, I can learn a lot about the experiences of their lives from my computer but I assure you, even 158 years later, I can learn so much more by being there.