Amanuensis, as I’m referring to here, is the act of transcribing an historic document.

To add to the collection is the will of Daniel Warner, Sr. my paternal 3x great grandfather.  (The ‘Daniels’ become a little confusing at times since there were actually 4 Daniel Warner’s that I know of in my direct Warner line.)  I was able to locate this Will at the Probate Office at the Suffolk County Center in Riverhead, NY.
Will Liber 10  pages 369-372

My descendant chart from Legacy helps put the family into perspective as they are named in the will.  The will was written in 1857 and you will notice that there are 6 children (3 boys and 3 girls).

The transcription is as follows;

Several thoughts I have after reading;
I also obtained a copy of the probate record for Daniel’s will.  Interesting find.  More to follow.

If you have any corrections or additions or stories to share I look forward to hearing them.
Enjoy the journey,
Debby
Posted by Debby's Family Genealogy Blog at 5:00 AM 1 comment:

Email ThisBlogThis!Share to TwitterShare to FacebookShare to Pinterest
Labels: NY, Warner Family, Will

I recently rediscovered an old tax record that I found years ago at the Suffolk County Historical Society in Riverhead, Suffolk, New York referencing my paternal great-great-grandfather and his brothers.  While I was looking over it I remembered that I had a copy of an old map from the same time period that actually shows where property owners were located.  Now I am able to see where my paternal ancestors’ property was and how much land they owned.

Assessment Role of the town of Riverhead, of the County of Suffolk, State of New York in the month of June 1874 by Abil Corwin, Samuel Griffing, James L. Skidmore, Assessors.
Names of Owners and (?)Parcels                      Acres/Real/Personal/Amount

Now I know that;
It was very interesting to have these 2 pieces of information (tax record and local map) and how used together they greatly compliment each other!

A question my father raised “ Do you think the School property (located in the middle of Warner property) was owned by the Warner Family and perhaps donated for the school?”  Another great research question…..I’ll let you know……
I would appreciate any additional information or corrections you may have.
Enjoy the journey, 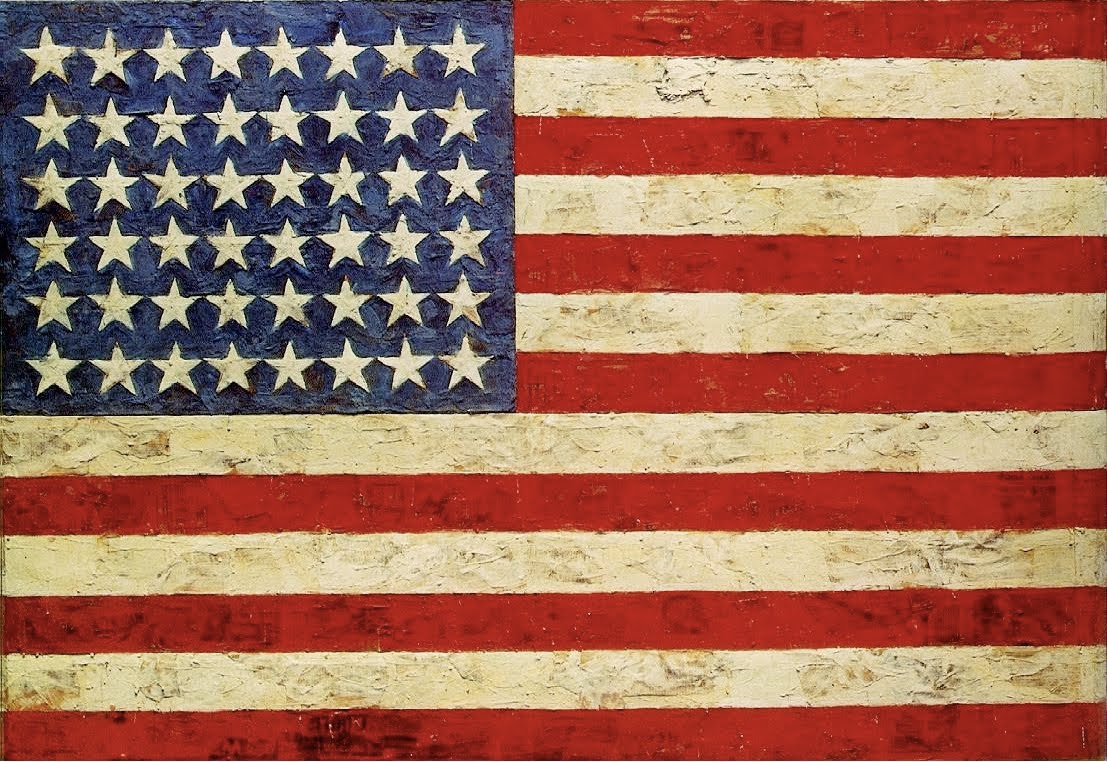 I always find it interesting to see how my ancestors celebrated Independence Day.  The following is a letter that my paternal great-grandmother, Carrie Terry Warner, (see blog posts Carrie’s Letters) wrote to her sister Ella Terry in 1897.  Carrie and John lived very close (I believe the family property actually went to the water) to the Long Island Sound in Baiting Hollow, Suffolk,  New York. 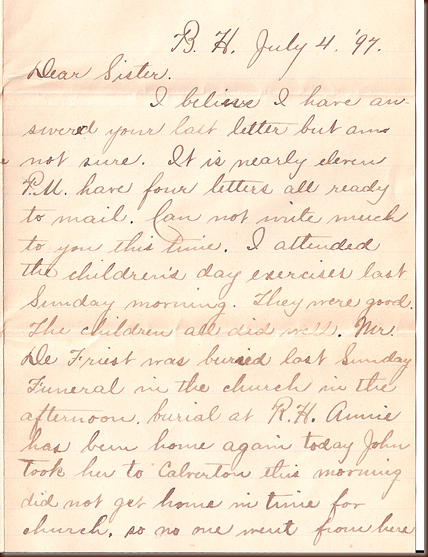 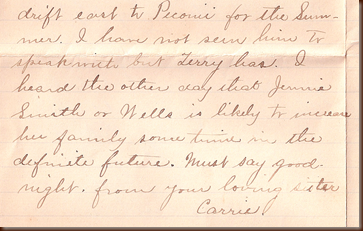 When my father and I scanned all the letters we sometimes missed a page.  My father is the keeper of the letters.  When I head back East to visit I catch up on pages that I have missed.  I seem to be missing a scan of the 2nd page to this letter but luckily I have the transcription.

John is Carrie’s husband who was a farmer.  Terry is their 9 year old son.

My first thought was why wouldn’t Carrie have enjoyed going to the beach as we all did as kids growing up but then…. I thought about it ….and put a few more pieces together and think I can understand that Carrie may not have been excited about going to the beach for the festivities.  Carrie was about 5 months pregnant with their 4th child and had boys ages 7(Wesley) , 3(Gerald)  along with 9 year old Terry for a ‘treck’ by wagon to the beach for a picnic…hmm…think I understand.
I hope you enjoy your 4th of July this year!

I would appreciate any additional information or corrections you may have.
Enjoy the journey,