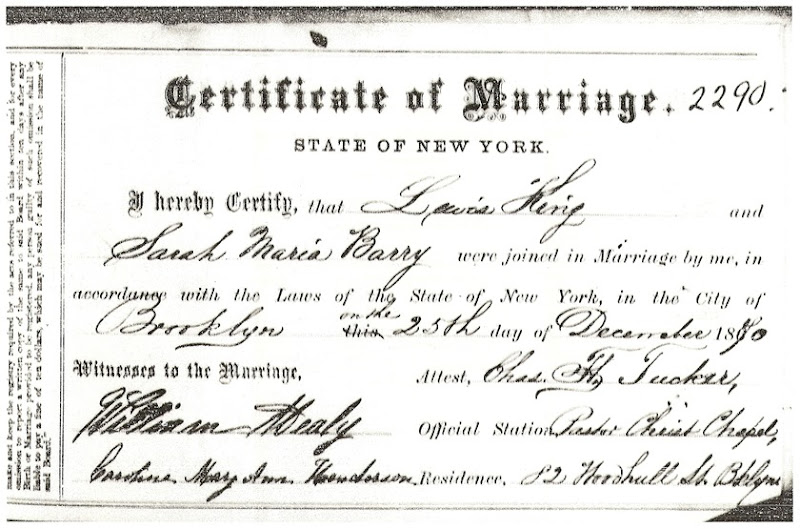 Transcribed:  I hereby Certify, that Louis King and Sarah Maria Barry were joined in Marriage by me, in accordance with the Laws of the State of New York, in the City of Brooklyn on the 25th day of December 1870. 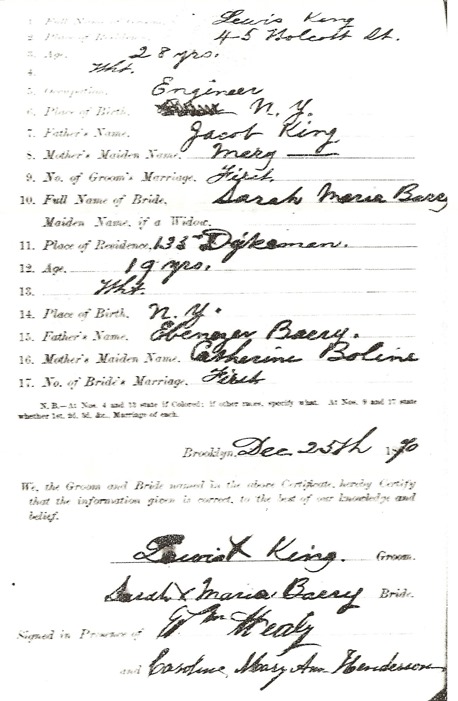 I decided to plot their addresses on a map to see how closely they lived to each other:

When I look at the map and the thumbtack markers I can see that Louis and Sarah lived within 4 blocks of each other.  The church they were married in is about 10-12 blocks away.

Happy Anniversary to Sarah and Louis!  Oh, how I wish I had a picture of the two of you together.

Posted by Debby's Family Genealogy Blog at 12:30 AM